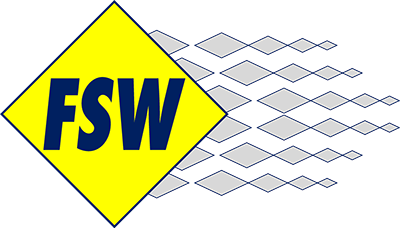 How can we help?

In January 2000, three extraordinary Towing Industry Professionals realized that there was a need for a Towing Company that focused on serving the Recovery Industry. These leaders, Gary Coe, Donna Coe and Jim Walsh founded the company Fleet Sales West L.L.C. This company was designed by towers for towers, which means that our,Tow Trucks, Auto Loader Wreckers, and Flat Bed Car Carriers are designed with you, the tower, in mind.

Each truck is designed to your specifications with our recommendations. Fleet Sales West L.L.C. features Custom Ordered Chassis, Quality Built Towing and Side Puller Equipment, as well as the industry's most comprehensive selection of New and Used Tow Trucks for Sale. They are dealers of the finest equipment from leaders like Chevron and Vulcan and they are the largest Chevron Dealer in the Western United States.

Visit our brochure to learn more.

How can we help?

Merle Wood has been employed in the automotive industry for over the last 30 years. From 1998 to 2007, Merle was a Start up Mechanic/Mill Wright for Oregon Fruit Industries in Salem Oregon. During his employment, Merle also owned and operated Auto Logic, an automotive repair business. After obtaining an Automotive Technician degree, Merle joined O'reilly's Auto Parts and managed a successful team of sales associates. Merle brings his technical and sales knowledge with him to Fleet Sales West and looks forward to expanding his automotive knowledge in the towing industry. Merle is known as the "Yes Man".

Jason Fields is our sales rep for Oregon as well as Southern Washington. Jason brings 13 years sales experience and lot's of energy. If you are looking for a new or used tow truck Jason's the guy to call! Jason was honored as Fleet Sales West Top Seller for 2012 and 2013. You can reach Jason directly at 503-476-4123.

Hiram Burke is our newest sales representative for Washington State. He comes to the Fleet Sales West team after having gained 15 years of well-rounded experience in the towing industry that ranges from AAA dispatcher and fleet driver, up to managing 24/7 operations of a two-location company in Washington. He also served two terms as a district chairperson for the Towing & Recovery Association of Washington, and continues to maintain strong ties with that group. Not only has Hiram spent time in the towing industry, but he also worked for an ignition interlock company where he was a service manager for their 40 locations throughout the State. His combined experiences make him an excellent communicator, with solid managerial skills, who has the ability to help our customers with all their towing equipment needs.

Brad Brandt has been involved in sales for 20 years. He entered the auto business upon graduation from college and has held positions ranging from District Sales Manager for the Oldsmobile Division of GM to New Car Sales Manager in the retail end of the industry. In 1996 Brad joined Cowell Industries, a rollback manufacturing company located in Morgantown, WV. He served as East Coast Regional Sales Manager until the company closed in 1999. Brad moved to Portland, Oregon in April of 2000 as the West Coast Regional Manager for Dynamic Manufacturing, a leading producer of Self-Loading Wheel Lift Wreckers and Rollback Car Carriers. In September 2002, Brad became a member of the Fleet Sales West sales team as the Area Representative for Oregon and Washington. In January 2004 he was promoted to Sales Manager due to his consistently reliable performance in the sales of CHEVRON and VULCAN Trucks and the support he gives to his sales team members.

Tonya Brunick, started with the Company in 2006 and has been working as the Admininistrative Coordinator since 2007. In 2020, she earned her certificate to become a Society for Human Resource Management Certified Professional (SHRM-CP). Her many years of experience and managing many facets of finance, DMV, funding, warranty, Accounts Receivables as well as a host of other aspects makes her the go to at FSW for all things Paper!

Mary Marine, Vice President of Finance and Administration. Mary holds a degree in Business Information Systems. She has in the past been an Oregon State Board licensed tax preparer with her own clientele; however, the ever increasing demands of her responsibilities with all of our companies necessitated her setting that enterprise aside quite some time ago. Mary has been with the Company since its inception. During the years, Mary has assumed and shouldered a myriad of responsibilities in addition to the accounting realm, including handling the Company insurance policies, telephone and internet relationships and arrangements, as well as many aspects of the marketing functions. She focuses on financial planning, budgeting, business administration, regulations and compliance, and other related functions. Mary provides support and direction to the Administrative Coordinators in their accounting, administrative, human resource, and other supporting roles. As a member of the Senior Management Team, she coordinates and collaborates on budgeting, setting revenue goals, leading financial reviews, meeting compliance requirements, and other related matters.

With over 39 years as a business owner and operator, Donna brings a practical approach to her involvement in many aspects of the "FSW" Group. Her Speciality is in the Human Resources arena. As owner and president of Highland Towing and Auction service in California, Donna was elected as the first woman president of the California Tow Truck Association. She has been honored by her industry fellows nationally, as well as by the California State Senate for her contributions to the betterment of the industry. For 15 years, Donna served as a guest lecturer at Stanford University’s Graduate School of Business, where her business experiences were incorporated into the business school curriculum. Donna holds degrees in Journalism and Foreign Language, as well as a Bachelor’s Degree from George Fox University in Human Resource Management. She served as President of Portland Opera, is a Trustee of the Cheetah Conservation Fund and is an active member of The University Club, Portland.

This link leads to the machine-readable files that are made available in response to the federal Transparency in Coverage Rule and includes negotiated service rates and out-of-network allowed amounts between health plans and healthcare providers. The machine readable files are formatted to allow researchers, regulators, and application developers to more easily access and analyze data.

Your session will expire in . If you want to reset this timer, please click OK.